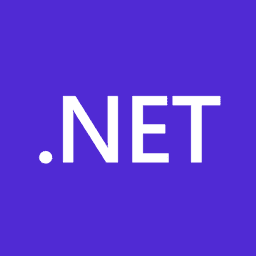 Microsoft .NET 5.0 is a free, cross-platform, open-source developer platform for building many different types of applications. With .NET, you can use multiple languages, editors, and libraries to build for web, mobile, desktop, games, and IoT.

Combined with the extensive class libraries, common APIs, multi-language support, and the powerful tooling provided by the Visual Studio family, Microsoft .NET is the most productive platform for developers.

Any app, any platform

Whether you’re working in C#, F#, or Visual Basic, your code will run natively on any compatible OS.

Standard is a base set of APIs that are common to all implementations.

Each implementation can also expose additional APIs that are specific to the operating systems it runs on. For example, the .NET Framework is a Windows-only .NET implementation that includes APIs for accessing the Windows Registry.

You can build many types of apps. Some are cross-platform, and some target a specific OS or .NET implementation.

.NET 5.0 is the main implementation of .NET going forward and .NET Framework 4.x is still supported.

New application development can specify the net5.0 target framework moniker (TFM) for all project types, including class libraries. Sharing code between .NET 5 workloads is simplified in that all you need is the net5.0 TFM.

For .NET 5.0 apps and libraries, the net5.0 Target Framework Moniker (TFM) combines and replaces the netcoreapp and netstandard TFMs. However, if you plan to share code between .NET Framework, .NET Core, and .NET 5 workloads, you can do so by specifying netstandard2.0 as your TFM. For more information, see .NET Standard.

Supported on Windows, Linux, and macOS