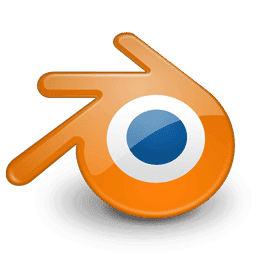 Blender has proven to be an extremely fast and versatile design instrument. The software has a personal touch, offering a unique approach to the world of Three Dimensions.

Use Blender to create TV commercials, to make technical visualizations, business graphics, to do some morphing, or design user interfaces. You can easily build and manage complex environments. The renderer is versatile and extremely fast.

All basic animation principles (curves & keys) are well implemented. Anything you create with Blender – whether it’s graphics, movies, scripts, exported 3d files or the .blend files themselves – is your sole property, and can be licensed or sold under any conditions you prefer.

Blender has a revamped user interface, to make it easier to discover and use its many features.

The 3D viewport and UV editor have new interactive tools and gizmos, along with a new toolbar.

Eevee is a new physically-based real-time renderer. It works both as a renderer for final frames, and as the engine driving Blender’s realtime viewport for creating assets.

The 3D viewport was completely rewritten, to optimize it for modern graphics cards and add powerful new features.

New volume and hair shaders, bevel and ambient occlusion shaders, along with many other improvements and optimizations.

The limited layer system has been replaced by collections, a more powerful way to organize and link objects.

Multiple meshes can now be edited together in edit mode, along with improvements for custom normal editing, bevel and OpenSubdiv.

Many new constraints, modifier, and bendy bone features were added for rigging. There is also new keyframe visualization, and improved NLA editor and easier driver editing.

The Khronos glTF 2.0 importer and exporter is now bundled with Blender. There are improvements to COLLADA, Alembic, and video import and export.

The core modifier and animation evaluation system was rewritten, to improve performance and pave the way for new features.

A number of features that were no longer under active development or did not fit in the new design were removed.

Blender 2.80 is an API breaking release. Addons and scripts will need to be updated, both to handle the new features and adapt to changes to make the API more consistent and reliable.

DOWNLOADS for All Platforms