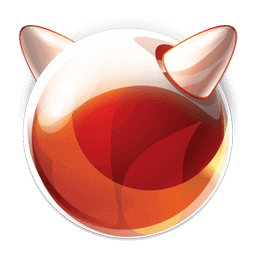 FreeBSD 12 is an advanced computer operating system used to power modern servers, desktops, and embedded platforms. A large community has continually developed it for more than thirty years.

It’s advanced networking, security, and storage features have made FreeBSD the platform of choice for many of the busiest web sites and most pervasive embedded networking and storage devices.

FreeBSD offers advanced networking, performance, security and compatibility features today which are still missing in other operating systems, even some of the best commercial ones.

Run a huge number of applications

The quality of FreeBSD combined with today’s low-cost, high-speed PC hardware makes FreeBSD a very economical alternative to commercial UNIX workstations. It is well-suited for a great number of both desktop and server applications.

This OS can be installed from a variety of media including CD-ROM, DVD-ROM, floppy disk, magnetic tape, an MS-DOS partition, or if you have a network connection, you can install it directly over anonymous FTP or NFS. All you need are these directions.

While you might expect an operating system with these features to sell for a high price, FreeBSD is available free of charge and comes with full source code. If you would like to purchase or download a copy to try out, more information is available.

The hardware requirements to install FreeBSD vary by architecture. Hardware architectures and devices supported by a FreeBSD release are listed on the FreeBSD Release Information page. The FreeBSD download page also has recommendations for choosing the correct image for different architectures.

A FreeBSD installation requires a minimum of 96 MB of RAM and 1.5 GB of free hard drive space. However, such small amounts of memory and disk space are really only suitable for custom applications like embedded appliances. General-purpose desktop systems need more resources. 2-4 GB RAM and at least 8 GB hard drive space is a good starting point.

These are the processor requirements for each architecture:

amd64
This is the most common desktop and laptop processor type, used in most modern systems. Intel® calls it Intel64. Other manufacturers sometimes call it x86-64.

i386
Older desktops and laptops often use this 32-bit, x86 architecture.

FreeBSD will take advantage of Physical Address Extensions (PAE) support on CPUs with this feature. A kernel with the PAE feature enabled will detect memory above 4 GB and allow it to be used by the system. However, using PAE places constraints on device drivers and other features of FreeBSD. Refer to page(4) for details.

ia64
Currently supported processors are the Itanium® and the Itanium® 2. Supported chipsets include the HP zx1, Intel® 460GX, and Intel® E8870. Both Uniprocessor (UP) and Symmetric Multi-processor (SMP) configurations are supported.

SMP is supported on all systems with more than 1 processor. A dedicated disk is required as it is not possible to share a disk with another operating system at this time.