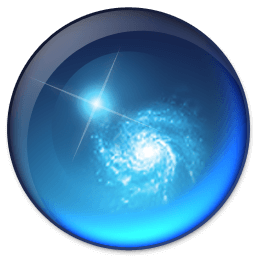 Microsoft WorldWide Telescope (WWT) is a Web visualization software environment that enables your computer to function as a virtual telescope, bringing together imagery from the best ground and space-based telescopes in the world for a seamless exploration of the universe.

WorldWide Telescope, created with Microsoft’s high-performance Visual Experience Engine, enables seamless panning and zooming across the night sky blending terabytes of images, data, and stories from multiple sources over the Internet into a media-rich immersive experience.

From web to desktop to full-dome planetarium, WorldWide Telescope (WWT) enables you to explore the universe, bringing together imagery from the best ground and space-based telescopes in the world and combining it with 3D navigation.

Experience narrated guided tours from astronomers and educators featuring interesting places in the sky. You can research and import your own data and visualize it, then create a tour to share with others.

WorldWide Telescope is a collaborative effort between Microsoft Research and a variety of academic and governmental agencies. Microsoft Research is making a WorldWide Telescope available as a free resource to the astronomy and education community with the hope that it will inspire and empower people to explore and understand the universe as never before. Choose from a growing number of guided tours of the sky by astronomers and educators from some of the most famous observatories and planetariums in the country. Feel free at any time to pause the tour, explore on your own (with multiple information sources for objects at your fingertips), and rejoin the tour where you left off.

The mission of the WorldWide Telescope:

To understand the full power of the WorldWide Telescope, bear in mind that celestial objects radiate energy over an extremely wide range of wavelengths, from radio waves to infrared, optical to ultraviolet, even x-rays and even gamma rays. The physical processes inside these objects can only be understood by combining observations at several wavelengths, and herein lies the beauty of WWT. It brings together many impressive archives of celestial objects – collections painstakingly constructed from observations by such instruments as the Hubble Space Telescope, the Chandra X-Ray Observatory, the Sloan Digital Sky Survey (SDSS), and the Two Micron All Sky Survey (2MASS).

WorldWide Telescope 5.5 runs on Windows 7/8/8.1/10, in either 32- or 64-bit mode, depending on your operating system. It also supports native DirectX 11, DirectX 10, and has some support for down-level DirectX 9 hardware running through the DirectX 11 API.

Do not attempt to install WWT 5.5 Gold on Windows XP. It does not run and can potentially prevent the legacy version from running.