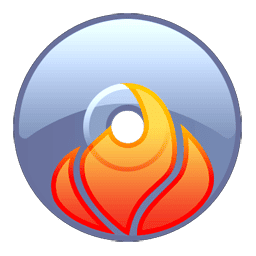 ImgBurn is a lightweight CD / DVD / HD DVD / Blu-ray burning application software that everybody ought to have of their toolkit! ImgBurn supports a variety of image file formats – together with BIN, CUE, DI, DVD, GI, IMG, ISO, MDS, NRG, and PDI.

It supports Unicode folder/file names so that you shouldn’t run into any issues when you using a global character set. It’s a really versatile application software with several advanced features which might be typically missing in other tools, particularly with regards to burning DVD Video discs.

It supports all the newest drives without the necessity for updates (together with booktype / bitsetting / advanced settings on most of the main ones – i.e. BenQ, LiteOn, LG, NEC, Plextor, Samsung, Sony).

There is an image queue system for whenever you’re burning several images (which you’ll be able to automatically share between multiple drives when you have more than one) and a simple-to-use layer break selection screen for double layer DVD Video jobs.

The Automatic Write Speed feature allows you to store your favorite burn speed settings on a per ‘Media ID’ foundation, proper all the way down to a drive-by drive stage. Data captured through the burn (write speed, buffer ranges, etc) could be displayed/ analyzed using DVDInfoPro.

ImgBurn works in several Modes, each for performing a unique task:

ImgBurn supports all of the Microsoft Windows OS’s – Windows 95, Windows 98, Windows Me, Windows NT4, Windows 2000, Windows XP, Windows 2003, Windows Vista, Windows 2008, Windows 7, and Windows 8 (together with all of the 64-bit versions). If you use Wine, it also needs to run on Linux and other x86-primarily based Unixes.