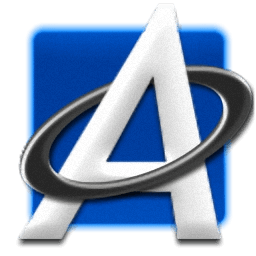 ALLPlayer is a lightweight, free media player for watching movies with subtitles. It plays all known media formats and furthermore has an implemented LiveUpdate function to update the latest codecs if there is a problem with opening a movie file.

The program also searches for matching subtitles in all languages automatically. ALLPlayer can play multiple videos and audio formats feature intelligent subtitles, which lets you customize everything pretty easily. Unlike most players, ALLPlayer is not merely an overlay for MediaPlayer, and it uses DirectX, which makes it possible to play any movie. The program is also integrated with a speech synthesizer application, allowing you to watch movies with subtitles with a reader (dubbing).

ALLPlayer is the first player in the world that enables the “IQ Text” function, which analyzes the length of the displayed subtitles so that it would be displayed long enough for you to be able to read everything. Thanks to this function you won’t miss any subtitles watching the film!

ALLPlayer Full version, with additional programs and the basic codecs, supports playback of most popular video and audio formats, such as DivX, XviD, MP3, and AVI, FLV, MP4, 3GP, MKV, M2TS, MPG, MPEG, RMVB, WMV, QuickTime, MOV, FLAC, APE, and many less known formats can be played thanks to codecs built into the program (only ALLPlayer needs to be installed). ALLPlayer has built-in special connectors to the Opensubtitles.org servers that enable to watch Movie with matching subtitles in the instant mode.

It also has a built-in free converter that can convert new formats like x264 or MKV to the format playable on your DVD/DivX device, PSP, iPod, iPhone, and all other mobile phones. It has also a live updater which keeps you updated with the latest codecs-pack. AVI Doctor helps when you are downloading the torrent file and want to preview the movie. With AVI Doctor you can also fix the Broken file. With LiveUpdate, you will get access to other skins and many additional programs and functions. Give LiveUpdate a try and you will experience a new way of watching movies on PC.