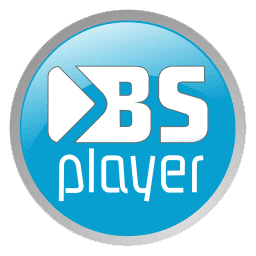 BS.Player Pro is the best multimedia player (WebM, HD, and AVC video, movie, audio, DVD, YouTube) in the world! It is the first player ever to enable its users to focus on watching the movie instead of dealing with poor computer capabilities or running around looking for a proper setting and codec.

Now, you can finally enjoy the playback of HD DVD and AVCHD movies of the highest quality with minimal system requirements. BS.Player Pro can playback any YouTube movie directly from the internet and save it to local disk.

BS.Player Pro is the software movie and media player that supports all popular video and audio media file types. Because it does not use much of the CPU processing resources for multimedia playback it is suitable for all those who use slightly less capable computers.

BS.Player Pro is used by more than 70 million of multi media users throughout the world and it has been translated into more than 90 world languages. All downloaded versions of the FREE version exceed the sum of all downloads of competitive media players.

Main features of BS.Player Pro is:

What does the BS.Player PRO 2.7 has to offer:

BS.Player supports all popular video and audio media file types, containers and formats such as: