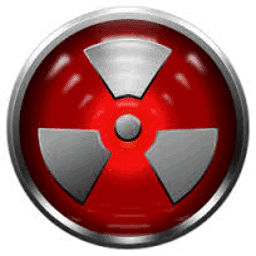 Eraser is an advanced security tool for Windows which allows you to completely remove sensitive data from your hard drive by overwriting it several times with carefully selected patterns.

Eraser is Free software and its source code is released under GNU General Public License. Most people have some data that they would rather not share with others – passwords, personal information, classified documents from work, financial records, self-written poems, the list can be continued forever.

Perhaps you have saved some of this information on your computer where it is conveniently at your reach, but when the time comes to remove the data from your hard disk, things get a bit more complicated, and maintaining your privacy is not as simple as it may have seemed at first.

Your first thought may be that when you ‘delete’ the file, the data is gone. Not quite, when you delete a file, the operating system does not really remove the file from the disk; it only removes the reference of the file from the file system table. The file remains on the disk until another file is created over it, and even after that, it might be possible to recover data by studying the magnetic fields on the disk platter surface.

Before the file is overwritten, anyone can easily retrieve it with a disk maintenance or an undelete utility. There are several problems in secure file removal, mostly caused by the use of write cache, construction of the hard disk, and the use of data encoding. These problems have been taken into consideration when Eraser was designed, and because of this intuitive design and a simple user interface, you can safely and easily erase private data from your hard drive.

Eraser is currently supported under: