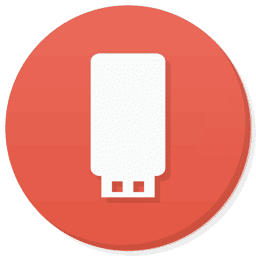 MultiBootUSB allows you to install multiple Live Linux on a USB disk non destructively and option to uninstall distros. Try out the world’s first true cross-platform multi boot live USB creator for free. No matter you work in Windows or Linux, MultiBootUSB will work in the same manner.

Bootable USB created in windows should work in Linux and vice versa. It also reduces the development time significantly as the code base is the same for Windows and Linux.

The program is standalone from the ground up. This means that all necessary files and binary executables are included in the executable.

Users can write ISO images to a USB disk. This is similar to Image Writer but cross-platform. Simply download and double-clicking on the executable should launch the program.

MultiBootUSB supports many distros and still counting. There are no pre-configured distro specific files included in MultiBootUSB. The configuration files are modified dynamically during installation so that the user gets the distro’s all available default boot options.

GUI toolkit for MultiBootUSB has been carefully chosen as PyQt. PyQt is a Qt binding for python. MultiBootUSB makes use of QtDesigner, a GUI form designer, for user interface so that we can code more. Qt is one of the most widely used GUI toolkits available in the field today and looks native on all platforms.

Syslinux is used as the default boot loader for making your USB bootable. The selection of boot loader is carefully chosen as many distros use isolinux or syslinux in their ISOs. MultiBootUSB ships with different versions of syslinux to reduce incompatibility and install exact distro specif syslinux.

MultiBootUSB is released under General Public Licence (GPL). Anybody can use, modify and redistribute if they wish. It is also built using the best open-source software from the world. Be it Python or Syslinux you get the best. Source code is always available to users to view.