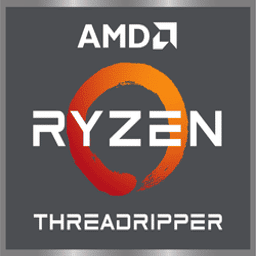 AMD Ryzen Master utility is designed to personalize Ryzen processor performance to your own style.

You can adjust active cores, integrated graphics frequency, and adjust memory timings, too.

Also, you can optimize general performance or fine-tune for your favorite applications.

The integrated GPU in the AMD Ryzen with Radeon Vega graphics processor can also be overclocked for even higher gaming performance when overclocking cores and memory.

Tune-up your favorite game, rename the profile and you can easily return to the optimized setting.

Accurate hardware status updates are vital, so AMD Ryzen Master has you covered with both real-time monitoring and a histogram of per-core clock rates and temperature, including average and peak readings.

“AMD 2nd Gen EPYC processors will help us continue to do what we do best in our datacenters: innovate,” said Bart Sano, Google vice president of Engineering. “It’s scalable compute, memory and I/O performance will expand our ability to drive innovation forward in our infrastructure and will give Google Cloud customers the flexibility to choose the best VM for their workloads.”

For the enterprise datacenter, 2nd Gen AMD EPYC processors offer up to 83% better Java application performance, up to 43% better SAP SD 2 Tier performance than the competition, and provide world record performance on Real-Time Analytics with Hadoop.

For HPC, 2nd Gen AMD EPYC processors offer an unmatched combination of record-setting floating-point performance and the most DRAM memory and I/O bandwidth in its class to supercharge HPC workloads, including up to 2x better performance in computational fluid dynamics and up to 72% higher performance structural analysis.