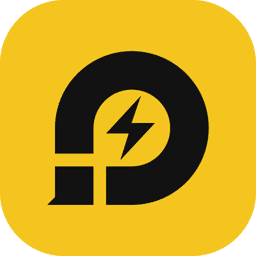 LDPlayer is a free Android emulator for PC users playing Android games easily on Windows. Based on Android 5.1.1 and 7.1.2, it supports a wide range of compatibility in running high-performance, high-graphic mobile games on PC.

In addition to playing Android games on PC, you can also access Google Play Store for other apps and specify the location of the device. With its multi-functional design and user-friendly settings, LDPlayer literally performs better than a real phone.

Compared with other emulators, LDPlayer offers not only comparable performance but also the blazing speed for running Android games on PC. As it says, “The Best Android Emulator for Playing Mobile Games on PC”. Also, the company developed LD Store as a play store for all players to download and install applications not only on the emulator but also on their Android phones.

It is a safe program developed by a group of elites who commit to providing high-quality Android emulator for running mobile applications on PC. The first priority for the LDPlayer team is to develop a virus-free software that serves as the best connection between mobile phones and computers.

The emulator you download for your PC depends mostly on what features you need. But one common reason for using emulators is that mobile gamers can run Android games on their computers to create a new gaming experience. They don’t have to worry about the battery life of their devices and can make use of the advantages of PC gaming.

Why choose LDPlayer on PC:

One of the biggest advantages of running games on an emulator is that you can set macros and create a custom mapping for the games you’re playing. This is pretty useful when you need different game controls to perform better in your gameplays.

Synchronizer for Better Control of Multi-Instances

LDPlayer contains a built-in operation synchronizer, which is creative and important for controlling multiple instances at the same time. This feature will shorten your time when repeating the same operations in several emulators. Some gamers might want to use synchronizer to play several game accounts and generate more resources.

One useful feature supported in LDPlayer is screen recording. Though the recorded videos might not be high definition, it’s enough for showcasing a gameplay/app recording and sharing it on social media platforms. The default shortcut for the video recorder is Ctrl+F1. You can reset the shortcut on the settings.

Besides the keyboard and mouse, LDPlayer also supports a gamepad controller, which will be great for those who love playing games using a controller. If you’ve connected your gamepad to your computer, you can enter the gamepad settings from the iron on the title bar of the LDPlayer.

LDPlayer is a highly customizable emulator that allows users to have control of all basic Android settings. Users can personalize their emulators by setting screen resolution, CPU, RAM, properties, shortcuts, game settings, etc. The custom version is more for app developers and specific gamer.

LD Store: Download Your Favorite Apps＆Games on Any Device

One advantage LD Store can bring to you is that you don’t need to sign in the store to download applications. Compared with Google Play, LD Store really makes the download process simpler and easier. This could be very useful and efficient for some mobile users to install various apps＆games as a default play store.