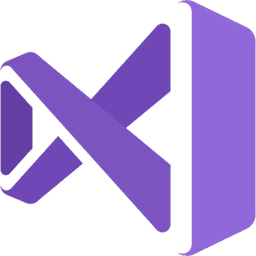 The Microsoft Visual C++ Redistributable Package installs run-time components of Visual C++ libraries. These components are required to run C++ applications which can be developed using Visual Studio 2019 and hyperlink dynamically to libraries.

You can use this bundle to run such applications on a computer even when it doesn’t have Visual Studio 2019 installed. These packages install run-time components of those libraries: C Runtime (CRT), Standard C++, MFC, C++ AMP, and OpenMP.

Microsoft Visual C++ (also called MSVC) is a business built-in growth setting (IDE). This product is engineered by Microsoft for the C, C++, and C++/CLI programming languages. It has tools and libraries that allow you to create Universal Windows Platform (UWP) apps, native Windows desktop, and server applications. That tools additionally let you create cross-platform libraries and apps that run on Windows, Linux, Android, and iOS, in addition to managed apps and libraries that use the Microsoft .NET Framework.

You can use Microsoft Visual C++ to put in writing something from easy console apps to essentially the most sophisticated and complicated apps for Windows desktop. From device drivers and operating system components to cross-platform games for mobile devices. And from the smallest IoT devices to multi-server high-performance computing within the Azure cloud.

Microsoft Visual C++ has features similar to syntax highlighting, IntelliSense (a coding autocompletion feature), and advanced debugging performance. For example, it permits remote debugging using a separate computer and permits debugging by stepping via code a line at a time. The “edit and continue” performance permits altering the source code and rebuilding the software throughout software debugging. Without restarting the debugged software.

This is completely different from all earlier Microsoft Visual C++ versions, as they each had their very own distinct runtime files, not shared with other versions.