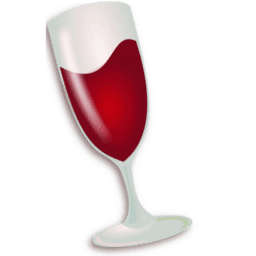 Wine (initially an acronym for “Wine Is Not an Emulator”) is a compatibility layer able to running Windows applications on several POSIX-compliant operating systems. Such as Linux, Mac OS X, and BSD OS. Instead of simulating inside Windows logic like a virtual machine or emulator, Wine translates Windows API calls into POSIX calls on the fly. It eliminates the performance and memory penalties of different strategies. Also, it allows you to cleanly integrate Windows applications into your desktop.

This will all the time be a free program. Approximately half of the source code is written by volunteers, with the remaining effort sponsored by industrial pursuits, particularly CodeWeavers, which sells a supported version of Wine.

Windows programs running in Wine act as native programs would running without the performance or memory usage penalties of an emulator, with the same feel and look to different applications in your desktop.

The Wine started in 1993 under the preliminary coordination of Bob Amstadt as a strategy to support running Windows 3.1 programs on Linux. Very early on, management over Wine’s improvement passed to Alexandre Julliard, who has managed the mission ever since.

This is a FREE program, which allows Linux, Mac, FreeBSD, and Solaris users to run Windows applications without a duplicate of Microsoft Windows.